Clickbait headlines frequently predict that new construction robots will soon replace entire classifications of skilled tradespeople. Recent items include articles about a bricklaying robot and the introduction of a new robotic welder that gets paid by the hour. These robots never tire and never complain about working 24 hours a day. Are we seeing the dawn of a robotic revolution that will significantly affect demand for skilled tradespeople? Not really.
The stories behind those sensational headlines are usually much more tempered.

Yes, some construction robots are sophisticated enough to perform some of the simple tasks that humans now perform, but those robots aren’t working autonomously, and they can only perform the tasks assigned to them within a narrow framework. 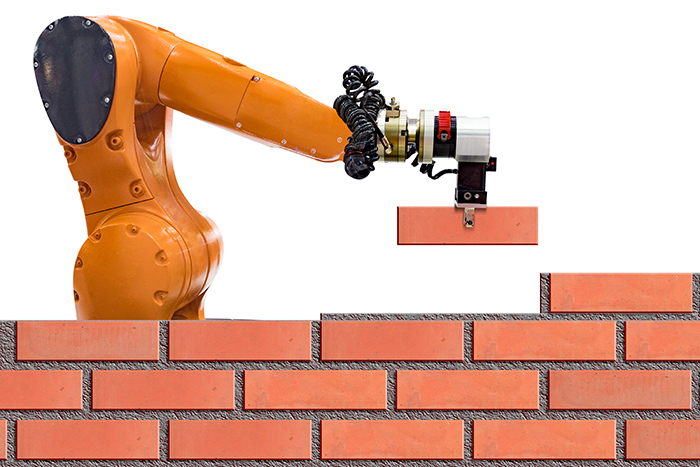 They can accurately perform simple, repetitive tasks in predictable environments — and that doesn’t describe most construction tasks or jobsites. But consider a project involving a tall brick wall requiring few architectural features and variances and stretching a considerable distance. That’s a repetitive job that may be suitable for a bricklaying robot, laying the same-sized brick course after course until the job’s finished. Robot welders aren’t suited to construction sites but may present opportunities to deploy them in the predictable environment of a metal fabricating shop, performing simple and repetitive tasks, such as welding hundreds of identical components to be used in structural steel.

So, what effect will construction robots have on the demand for skilled labour?

According to the inventors and suppliers of these devices themselves, they’ll allow construction companies to reassign their most skilled tradespeople from the least challenging work to tasks that require the greatest skill to complete. It’s not so much a replacement of skilled workers as a redeployment of their skills to where they’re most needed. Highly skilled bricklayers will work on more challenging tasks, and some skilled welders working in metal fabrication shops may become available to work for construction contractors. 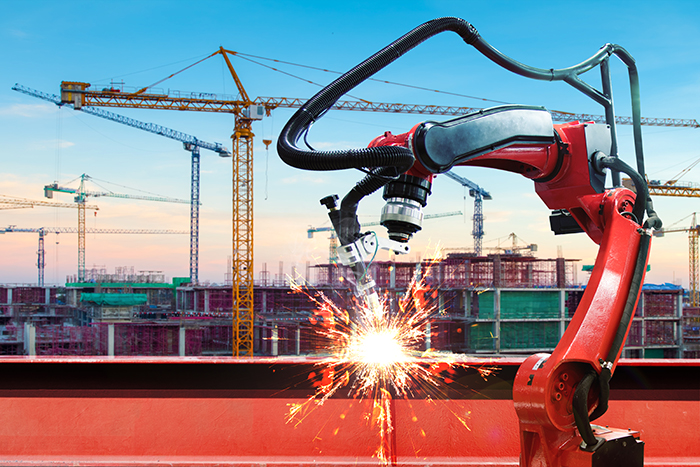 Construction robots also need to be supervised and assisted, giving rise to the new term “cobot” — a robot that works alongside humans to help them complete tasks. A bricklaying robot requires a human tender to supply it with bricks and mortar. Humans will also need to supervise and inspect the work, to make certain a well-intentioned robot bricklayer isn’t turning out endless examples of substandard work. Likewise, a robotic welder requires human assistants to provide it with metal feedstock and to inspect the ongoing quality of welds. Workers meeting these job descriptions will require a specific skill set but won’t require the same level of skill as a company’s most experienced tradespeople.

New technologies will also augment the skills of construction workers to make them more productive and provide them with greater capabilities. Lightweight, self-powered exoskeletons will offer robotic strength to workers, making it easier and safer to lift heavy loads. These systems have the potential to augment the abilities of all workers, including older workers who might otherwise be considering retirement due to physical limitations. Augmented reality (AR) already allows workers to use smartphones, tablets, and specially equipped visors to visualize construction projects at various stages of completion. By interpreting information supplied by BIM, GPS co-ordinates, and other architectural software and superimposing those images on the real world, AR makes construction workers more efficient, and provides greater certainty about the tasks at hand. That technology only promises to become more sophisticated.