Unemployment in the construction sector was up marginally, from 4.6% in July 2018 to 5% in 2019. Even that small increase is helping to ease the labour force tightness seen in recent years. Unemployment rates were up from the same period last year in Prince Edward Island, Ontario, Manitoba, and Alberta. Rates were lower in Newfoundland and Labrador, Nova Scotia, New Brunswick, Quebec, and British Columbia — positive numbers as a measure of higher demand. 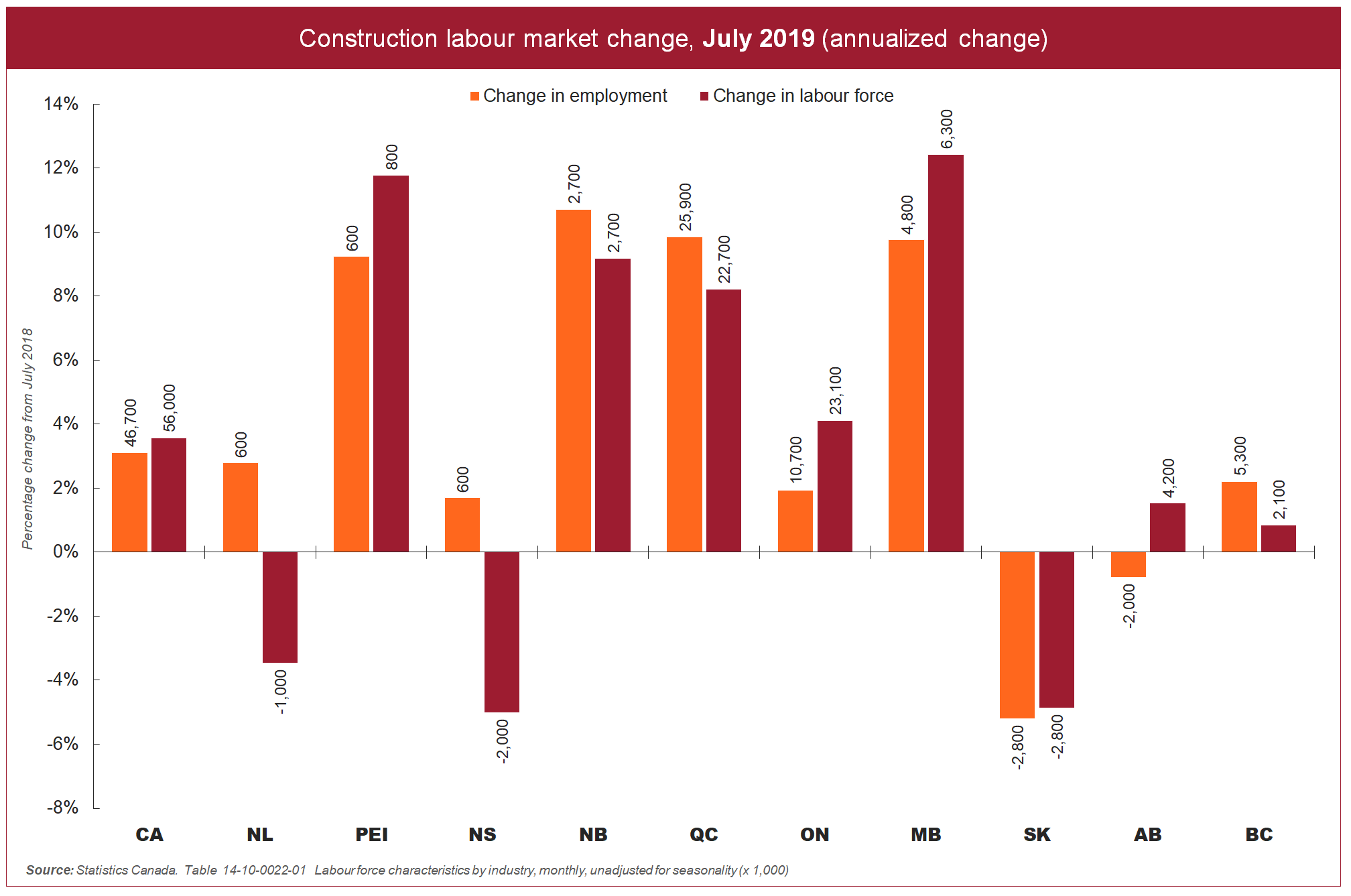 The uptick in unemployment likely came as a bit of welcome news in Ontario and Prince Edward Island, provinces both experiencing high and continued labour demand; however, the historically low unemployment rates in Ontario, Quebec, and British Columbia indicate that industry employers continue to experience challenges in the face of strong construction demand. With unemployment rates this low, the industry is likely to continue to experience recruiting challenges and a scarcity of specialized trades. Those factors will likely impact existing construction schedules and project starts in these provinces.

Construction activity in major Canadian metropolises remains high by North American standards. Using crane counts as a proxy for construction activity, the July 2019 Rider, Levett, Bucknall Crane Index for North America puts Toronto decisively in the top spot with 120 cranes engaged in high-rise construction. Seattle and Los Angeles are tied for second place at 49 each, with Calgary in fourth position at 34. The index covers only 13 cities, but an estimated crane count for Vancouver would place it somewhere in the same range as Seattle and Los Angeles. That would place Canadian cities in three of the top five berths.