In its monthly report, the national agency found that employment across all industries rose by 303,000 (+1.6%) in March, and had risen to within 1.5% of its February 2020 level. Construction, which reported an increase of 24,900 workers, was among those sectors reporting gains.

Unadjusted numbers for construction in March 2021 show industry employment is now just 16,400 workers (-1.2%) off the level recorded in March 2020. It is worth noting, however, that the data used by Statistics Canada to compile the March 2020 LFS was collected during the week of March 15 to 21. That survey, therefore, only partially captured the impact of the provincial emergency orders most provinces implemented that week.

Compared to levels recorded in March 2019, construction employment has increased by 6,000 workers. 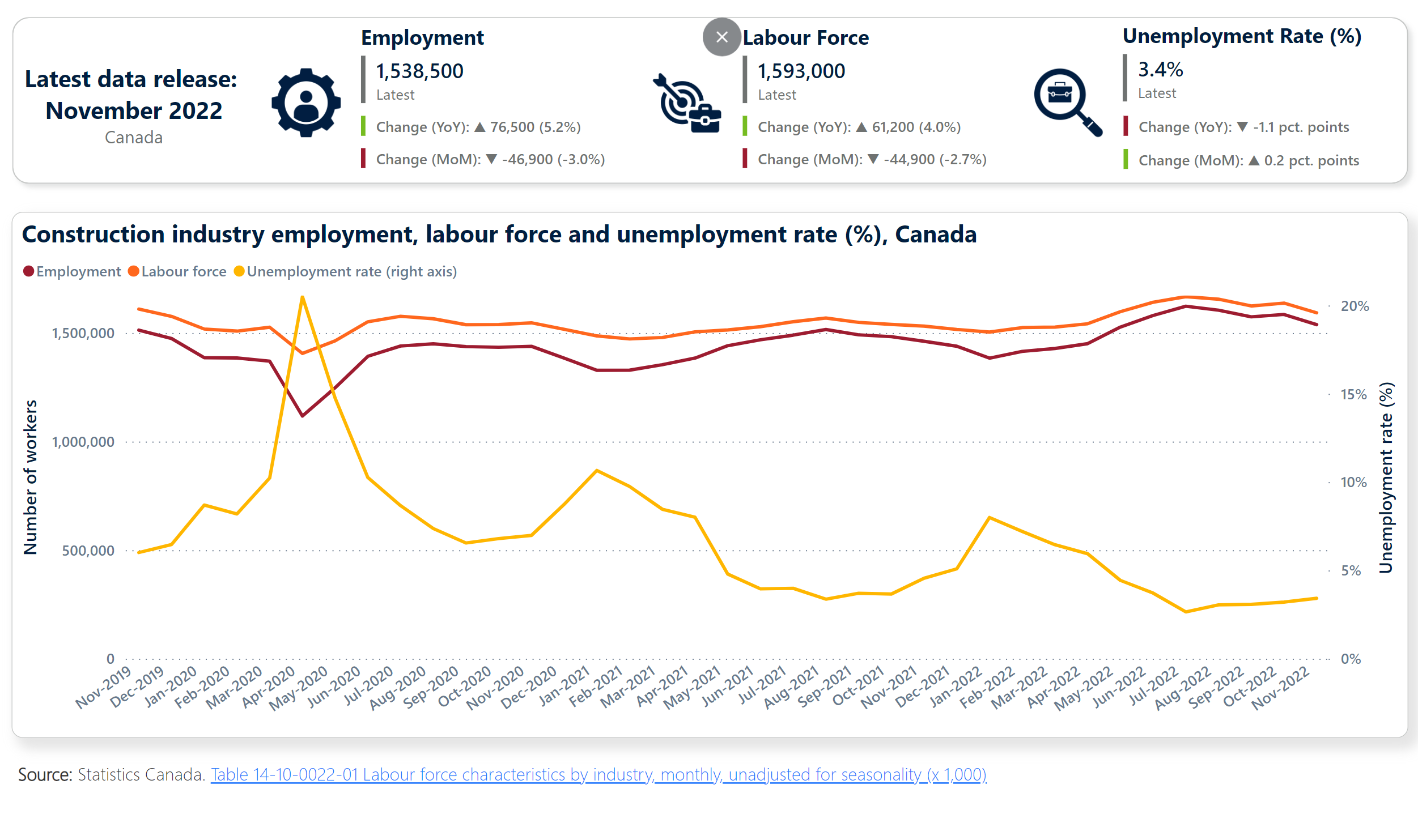 Construction’s jobs increase in March may have shaken the industry out of its beginning-of-the-year doldrums. After a contraction in January and a very small gain in February, March’s employment increase was bolstered by gains in eight provinces.

Employment in Newfoundland and Labrador rose by 17% – the largest month-over-month percentage increase in the country, and the first time since October 2020 in which the province recorded such a gain. Nova Scotia (+12%), Prince Edward Island (+7%), and Saskatchewan (+7%) also reported notable gains. All other provinces, with the exception of Quebec and New Brunswick (both -1%), recorded increases in employment of between 2% and 4%.

Only British Columbia (+0.4%), Saskatchewan (+1.5%), and Manitoba (+0.8%) recorded increases in their respective construction unemployment rates. British Columbia (+1.2%) was the only province to also record an increase compared with a year ago.

LFS data also show that construction’s labour force is now just 3.1% (-47,400 workers) off its pre-pandemic peak. While Newfoundland and Labrador recorded the largest decline in its labour force compared with a year ago (-18.1%), Nova Scotia (9.8%), Saskatchewan (7.8%), and Manitoba (2.2%) all recorded sizeable year-over-year increases.

Total hours worked rose significantly in March (+12%) and are now 16% higher than March 2020 levels. The gain in hours worked was seen in nearly every province, with Saskatchewan (24%) and Ontario (18%) reporting the largest increases from February levels. New Brunswick was the only province to report a slight year-over-year decline (<1%).